In Part 1, we built the hardware build of materials and determined the utilization of a basic VMware Cloud Foundation (VCF) management domain deployment. But we need to put the “cloud” in by adding automation and self-service capabilities provided by vRealize Suite. To accomplish that, we can use SDDC Manager to deploy all the components of the vRealize Suite: Operations, Automation, and Log Insight into the SDDC. In this post, we’ll explore the compute and storage requirements for these components like we did in the previous post. This is going to explore the components required for a single region SDDC. There are a few more steps and components needed for setting up Cross-Region support.

END_OF_DOCUMENT_TOKEN_TO_BE_REPLACED

I must admit that I wasn’t on the Kubernetes bandwagon from beginning. However, I’ve seen it mature rapidly over the last 4 years with an expanding ecosystem and high rate of adoption that has given me confidence that there is a future with Kubernetes and now is the time to invest in learning it. Here are the 3 things I observed over the last 12-18 months to solidify that now is the time for me to focus on becoming a Kubernetes expert:

The Cloud Native Computing Foundation (CNCF) began publishing the CNCF Cloud Native Landscape back in 2016 to illustrate the projects and enterprise software that are part of the cloud native ecosystem and community. The Cloud Native Landscape graphic originally contained three projects: Kubernetes, Prometheus, and Opentracing. Today, it includes over 48 (not including CNCF member/non-member products and projects)! Observing this type of growth signals heavy investment by organizations and individuals to improving core functionality of Kubernetes or filling gaps in the ecosystem.

END_OF_DOCUMENT_TOKEN_TO_BE_REPLACED

A common question I receive from customers is why they don’t see a VMware Cloud Foundation license in the MyVMware portal. What appears instead is licenses for each individual product that make up the VCF edition you purchased. Which is typically:

END_OF_DOCUMENT_TOKEN_TO_BE_REPLACED

VMware Cloud Foundation 3.8 was released in July 2019 and the biggest news in this release is the addition of public RESTful APIs for common tasks that are performed for workload domains and other day 2 operations. Managing Cloud Foundation in the SDDC manager is incredibly intuitive but customers have significant investment in existing IT and business systems such as vRA or ServiceNow.

In large scale cloud foundation deployments like I work with in Global Accounts, this will be a heavily used feature because customers now have the ability to utilize existing provisioning workflows in vRA or create new workflows that allow ops teams to orchestrate even higher levels of automation. Some common operational tasks that are available in version 1 of the API are:

Cloud Foundation 3.8 also adds capability for the SDDC manager to patch and upgrade all vRealize Suite components and NSX-T. In previous versions, SDDC manager could deploy vRealize Suite but initial config, patching, and upgrades were handled manually through each individual component. The Cloud Foundation engineering teams has been rapidly deploying enhancements and this version comes just 6 weeks since the last major release.

For further details such as release notes and planning and upgrade guides for Cloud Foundation 3.8, visit VMware Docs. 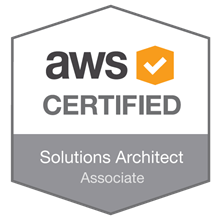